The Test in Test Match 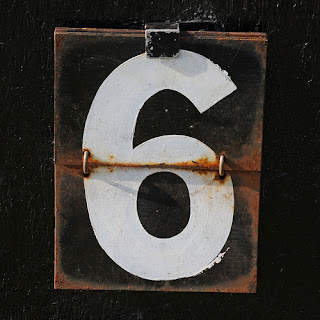 There are times when getting a stakeholder to agree that there’s a problem is not easy. Then there are times where, having found a stakeholder who accepts the existence of an issue, you have difficulty persuading them that it’s important to find a solution to it now.  And then there are those times when, having found a sponsor who both recognises and wants to relieve the particular headache you’ve identified, they can’t get past some narrow view of it – either in terms of the problem space or the complexity of the necessary solution or both – and you end up with incomplete fixes that might focus on a particular case or which will fail in logic for some subset of cases and perhaps even compromise the integrity of the implementation to boot.

Limited-overs cricket found itself in this position a few years ago. In this format of cricket the two teams each bat for one innings to try to score runs given a set number of balls bowled to them and within a set number of wickets (the number of players who can be out). When all the balls are bowled or all of the wickets are lost, the innings ends. Whichever team makes the most runs wins.

Unlike many other sports, cricket matches stop during rain and, if the rain lasts long enough, the match is reduced in length to ensure that it still fits into the day.  The cricketing authorities recognised the problem – how to perform that reduction fairly – and knew they needed a solution but, by the account in Duckworth Lewis: The Method and the Men behind it, failed to comprehend the range of scenarios that needed to be considered and were not prepared to think about the problem in anything other than a single dimension.

The case that preoccupied cricket was when it rained after team 1 (the first team to bat) had finished their innings but before team 2 started, or had completed, theirs. In the case where this reduced the number of balls that team 2 could face, they would simply scale the number of runs that team 2 had to make proportional to the number of balls. So, if team 1 made 100 in their innings, and team 2 only faced half as many balls as team 1 then they’d have to make half the total (plus one to win), i.e. 51. Which seems logical enough except that it doesn’t take into account that team 2 still have as many wickets as team 1 had and so can take more risks without worrying about running out of wickets.

One key insight required here is that more then one parameter determines a fair rescaling of the total: both runs and number of wickets available are important. A second is that rain could occur at any point in the match, even forcing team 1 to receive fewer balls than they expected when they started their innings, if heavy rain falls during it. The rescaling needs to be fair to both teams and so needs to take into account the point in the innings at which the match was affected: if team 1 were cautious initially to preserve wickets, with the intention of being aggressive at the end of their innings, but then the innings is cut short they will feel aggreived because they could and would have been more aggressive had they known there were fewer balls to face.

Duckworth and Lewis are academics, statisticians and cricket lovers. Their book – which can be quite dry and occasionally petty, but is worth persevering with – details the original problem and a selection of sticking plasters that were applied to it. They show how broken methodologies implemented with apparently little thought or testing resulted in severe embarrassments such as a world cup match where South Africa’s innings was reduced in length but their target was not (due to the then-current rules) and so instead of needing 22 runs from 13 balls they were rescaled to 22 runs from 1 ball, which is essentially impossible in the game.

The solution they proposed, the Duckworth Lewis Method, now in operation in cricket worldwide, introduces the notion of resource for a batting team which is generated from historical match data and takes into account the match position, the number of balls still to come and the number of wickets still standing. Under this system, the relative resources available to the teams when play is interrupted are used for scaling. For example, a team with many overs and wickets in hand will have a lot of resource; a team with the same number of overs but few wickets will have less because they would likely have to play more defensively to preserve their wickets.

In the book Duckworth and Lewis demonstrate the problem by highlighting a relatively small number of realistic scenarios in which unwanted results would occur – results which it was clear to the cricketing authorities would be travesties. They use these to enforce the message that a higher level of sophistication (than simply scaling based on number of balls) is required. They suggest a solution and describe it at a high level in terms that should be already familiar to their stakeholders. They, importantly, provide an implementation of the method that would be tractable too. (And over time they have refined the methodology so that its use during a match is now relatively streamlined.)

They discuss clearly and reasonably the relative advantages and disadvantages of their methods compared to others. They explain how some of the secondary stakeholders – the media in particular – seem unwilling to try to get their heads round the principles of the solution and what they’ve done to try to overcome that. They identify the weak spots that still exist in certain extreme scenarios and they suggest enhancements, some of which are rejected by the cricket authorities to Duckworth and Lewis’s clear frustration. They address suggestions from third parties for the application of the method in situations it was not designed for, such as Test Match cricket, where the number of overs is not limited and explore other places it could be applied or extended to. And if that’s not enough, they even provide a FAQ.

Let’s not get into the is testing (a) science debate  here (although if you’re interested…) but instead look at some relevant parallels with a testing role and the way that Duckworth and Lewis went about their business: