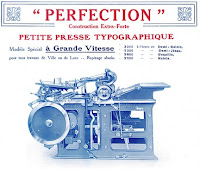 Purely by chance I encountered three takes on perfection in the space of a couple of days.

“Perfection”, Run DMC said, “is quite essential”. A laudable aspiration but, as their later career showed handsomely, hard to achieve. Compromise has a lot of very persuasive arguments.

“This software is bug-free. It is perfect”, Fast Company said of the Space Shuttle’s control system, “as perfect as human beings have achieved … the last three versions of the program – each 420,000 lines long – had just one error each.” Skipping over how they knew that there was just one error, and why they didn’t fix it, NASA had obvious reasons to strive for perfection, including the need to certify “that the software will not endanger the shuttle” before launch. Their approach was to be meticulous in the meta-work that supports software production as well as the production itself. But they still had errors.

“We test”, Weinberg said, “because people are not perfect”.  Weinberg’s book, Perfect Software And Other Illusions About Testing, is a classification of the ways in which the human factor – in the coding, the development process, the testing, the management or anywhere else in the creation of a piece of software – rules out the possibility of perfection.

So what lessons are there for us?