A Gradual Decline into Disorder 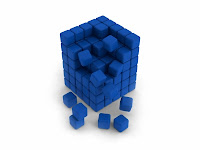 I like to listen to podcasts on my walk to work and I try to interleave testing stuff with general science and technology. The other day a chap from Cambridge University was talking about entropy and, more particularly, the idea that the natural state of things is to drift towards disorder.

In an ironic reversal of its naturally confused state, my brain spontaneously organised a couple of previously distinct notions (entropy in the natural world and the state of a code base) and started churning out ideas:

I strolled into the office feeling quite chuffed, made a cup of tea, turned my computer on, noted the 500 emails, ignored them, searched for “entropy testing” and found that, as usual, the good ship Original Thought had long since sailed. My day began its gradual decline into disorder.

Credit where it’s due: