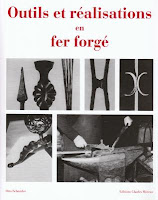 You are a tool. Yes, read it good, you are a tool. I’m a tool. We’re all tools and, we’re selected for a job if we’re the right tool. Or if there’s nobody else available. Or our manager has a dark streak in their nature. (And which one doesn’t?)

So what kind of tool are you?

You’re probably all of the above to some extent (you’re a Dremel). And that’s OK. The key thing is to remember that you aren’t carved in stone (you’re an axe), and that it’s probably best for your team that you aren’t. See what skills are lacking in your team and step in to fill those holes (you’re a spade).

Or just ignore the main point and remember that it’s legitimate to say the Dev team are tools.