It was my first time at Let’s Test and I absolutely loved it. My only complaint is – why does it have to be a 24 hour flight from New Zealand?!

The interesting thing was that I’ve been following on Twitter about 15 people who were at the conference so it was somewhat surreal meeting these people in real life.

This time last year, I saw a lot of noise on Twitter about how amazing it was – so I just HAD to check it out for myself.

We kicked off Let’s Test with a mint keynote by Ben Simo – “There was not a breach, there was a blog”. Ben spoke about how initially he wanted to search for health insurance options for his granddaughter, but found himself getting a lot of media attention when he started blogging about his findings of the healthcare.gov website (after calling their contact centre got him nowhere).

One of the things I loved about his presentation was the fact he spent a fair bit of time setting up the context of the situation: Healthcare insurance in the USA, Obamacare, his desire to enrol his granddaughter in health insurance. It helped me following his presentation with a bit more insight. 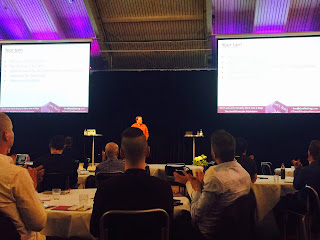 Useful testing heuristics I have discovered

Thanks to Emma Armstrong and Ben Simo, I’ve discovered some very useful test heuristics which I look forward to sharing with the testing team at Vend.
Schneiderman’s 8 Golden Rules – These are some heuristics you can use to ensure the software you are testing has great interface design.
Jakob Nielsen’s 10 Usability Heuristics – Similar to above (there is some overlap).
Up until now the only ‘formal’ heuristics I had been using are the consistency heuristics I learned in the BBST Foundations course

The sessions (Part I)

The sessions varied in length from 1 hour (which was like an experience report) to a full day workshop where you get to not only learn a concept but apply it as well. This, along with the wide variety of topics  meant I seriously thought the conference had something for everyone.

In Let’s Test conferences, people are encouraged to participate. For example: a generous amount of Q&A time is allocated to the ‘Experience Report’ sessions called Open Season.

Equipping you for the Unexpected Challenges of Testing – Emma Armstrong

Emma’s session started with a presentation where she gave us her thoughts on the challenges testers face – one of them struck a cord with me: apathy. (e.g. People don’t raise bugs they find) It’s weird because it’s an issue that I feel can be the elephant in the room. As a tester, you’re supposed to care about the software you’re testing and put in your best effort to provide accurate information about the software being tested. But after days or even weeks of testing the same thing – that can be tough!
A useful exercise we did was the Paper Prototyping exercise. In pairs we used the (previously mentioned) heuristics to test the UI.
Why? 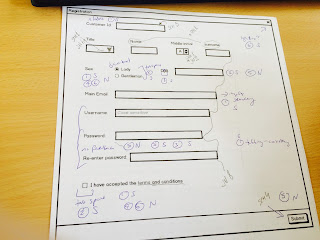